Most architects and engineers agree that a roof should be inclined or sloped to drain water to internal or external roof drains or overflows.  In some countries a small incline is mandatory. An incline of not less than 2% is accepted as a practical minimum. This is ¼ inch in 1 foot. However it is not uncommon to inspect roofs that lack this minimum requirement.  The following list explains some problems associated with a level roof. 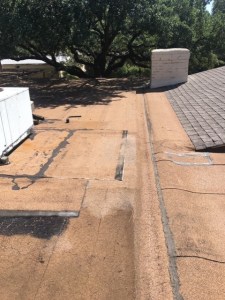